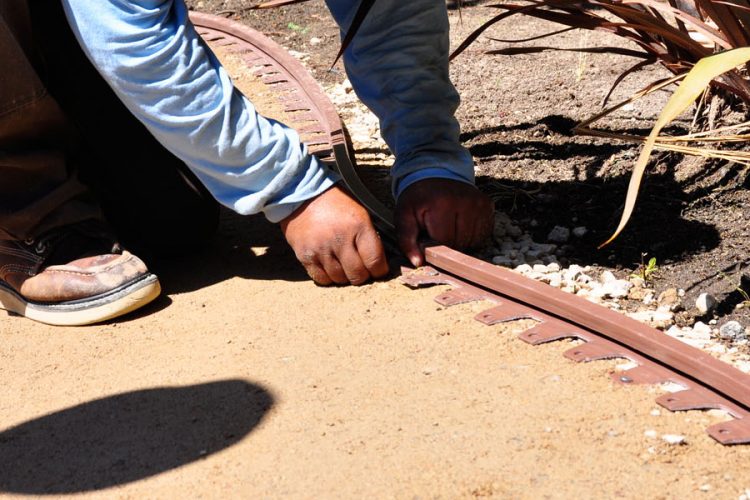 If you install your own fake grass, you want to make the process as easy as possible. Look for fake grass accessories that speed the install and make the job easier. Improving the look of the finished product is a bonus too. That’s why we start with appropriate size nail, make sure to have plenty of extra blades on hand and always edge with a product that doesn’t require trenching. 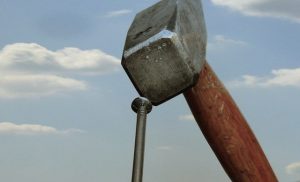 The best rule of thumb is to pick a nail with a head that matches the gauge of the turf. The gauge of fake turf refers to the distance between two lines of stitched artificial grass. This factor impacts the overall look and feel of the fake grass.

When you match the nail head size to the gauge, the finished product looks better and you install faster because you know where to nail. That’s in between the rows.

Seriously, this is important if you need to do much seaming. Because you use nails to hold seams in place while the tape and glue dry.

Most fake turf install directions tell you to cut the turf with scissors or a knife. Don’t use scissors. Use a knife.

Fake turf dulls cuttings surfaces fast. Do you have time to stop and sharpen your scissors? Yeah, no. 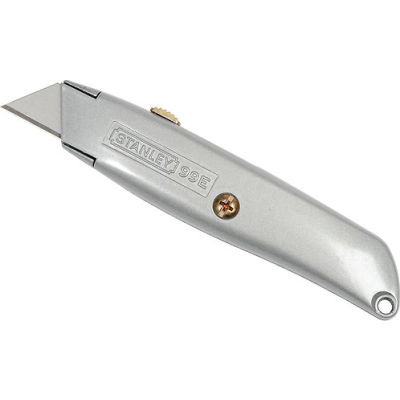 But, you do have time to change the knife blade. So make sure you start armed with extra knife blades. They aren’t expensive and a sharp blade cuts through the turf like butter. A dull knife chews and gnaws and hacks at the turf. Those rough edges are rough to seam.

Get a utility knife like the one to the left. It costs less than 10 bucks.

Get several of the 5 packs of replacement blades. They’re like $2.50.

The time you spend changing blades will be more than saved with a speedier and cleaner install.

It can take longer to trench for a proper bender board install than the rest of the fake grass. Depending on the soil conditions, using an alternative to bender board could save you 90% on install time.

When it comes to fake grass accessories that speed install time, nothing beats Wonder Edge. It’s a wonder. 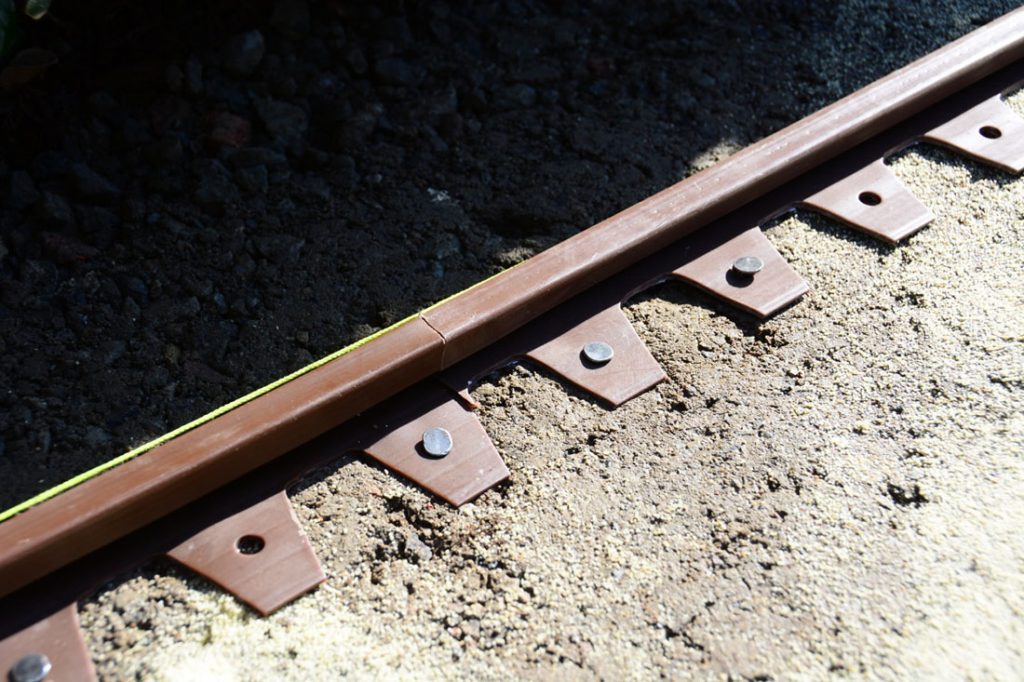 Take those turf nails and nail the edging in place. Come back with your utility knife and rough cut the edges. Tuck the rough cut in the edging and nail in place.

Wow! Talk about easy. And you can get the Wonder Edge where you buy your other fake turf accessories and turf. Probably the smartest thing you can do to make the install go faster and easier. If your supplier doesn’t carry it, order online.